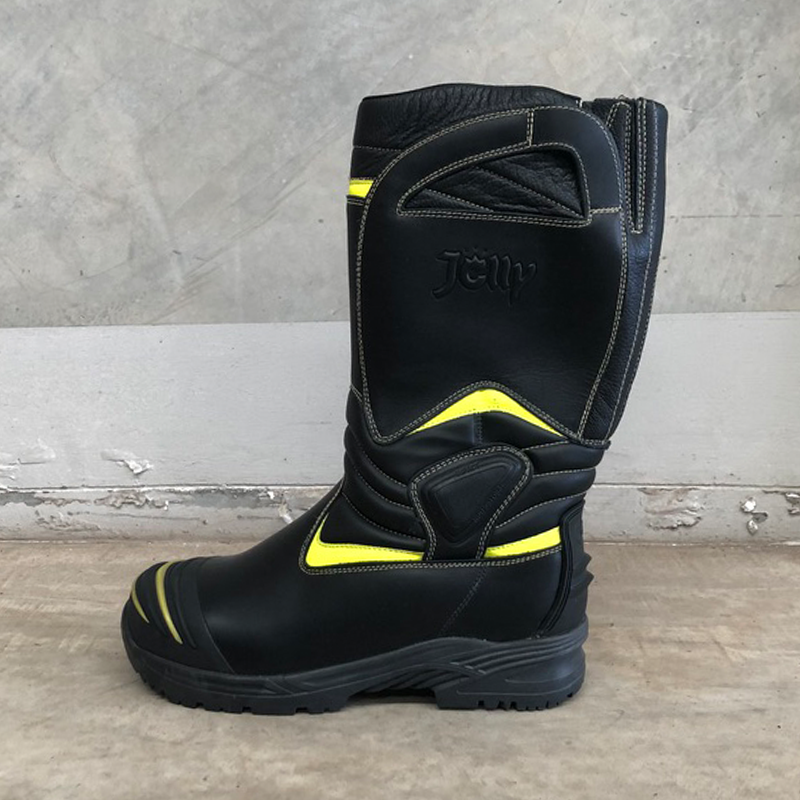 Fire Profi have been precision crafted to fit the foot perfectly. Features focus on keeping the foot stable inside the boot while delivering a level of comfort that makes the user almost forget they’re wearing firefighting footwear.

A feeling former UK firefighter, Jason Hull knows only too well. Jason elected to wear his service issued, Jolly Fire Profi boots in a 26-mile (approx. 42km) marathon, rather than the more traditional and accepted option, sports trainers. Why did Jason make this unusual choice? Fire Profi’s Wrap Band System (WBS) secures the foot from the top rather than the heel, ensuring it remains stable in the boot for longer, vastly reducing common foot injuries like friction burns and blisters.

After his positive experience in the marathon Jason opted to wear Fire Profi boots in the 12-hour Beachy Head Coastal Walk skirting the hilly Sussex coastline. Again, Jason was the odd one out but had the last laugh, completing the challenging trek with his feet entirely intact.

Today Jason is a firefighter in the UAE where he still wears his much loved Fire Profi boots on duty and in subsequent charity events, raising much needed funds and awareness for The Fire Fighters Charity.

Fire Profi has just landed in Australia and is available now from Pac Fire. Read more or add a pair to your next order here.

Head over to our Facebook page and hit the “Like” button for our news to show up in your daily feed. Facebook not your thing? Subscribe to Newsflash the Pac Fire monthly newsletter here.

Pac Fire remains open for business during the SEQ Lockdown. For your safety, and the safety of our staff, our showroom is closed for browsing and shopping at this time. However we can still arrange contactless collection of orders on request. During the lockdown you can still shop online at www.pacfire.com.au email us at sales@pacfire.com.au or call us on 1300 731 800 to discuss your requirements. Stay safe everyone! Dismiss